Realistic Games Announces the Re-launch of Super Graphics Upside Down 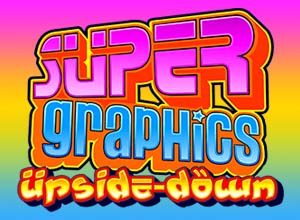 Content developer Realistic Games has announced a re-launch of their famous game Super Graphics Upside down. A major refurbishment was made to the online slot game, offering gamers with an improved version of the already existing Japanese anime inspired slot game.

Super Graphics Upside Down first launched in 2011 in a virtual slot cabinet. The aim was to develop a realistic arcade style experience. The game swiftly became a popular among gamers and later a second version of the game—Super Graphics Super Lucky was developed in 2015. The later version featured three reels, while the initial version had 5 reels.

Realistic Games has now overhauled the original version to offer gamers a more improved gaming experience. The game has been upgraded to HTML 5 providing a full-screen setup. The graphics are more immersive and the sounds clearer.

Satsuki is the female host of the game. The character has been redesigned to include more animation and has also been optimized for mobile gaming.

The commercial director for the brand, Robert Lee, in a current press release commented on the game revamp and said that Super Graphics is the company’s most popular game and that they are well known for it within the gaming industry. He further stated that they are pleased to have been able to release a much bigger and improved version of the game to make sure that it stays always fun to play.

In the press release, the software developer made an announcement that a third game will be released within the series later on in the year. While nothing much was released about the title, Mr. Lee said that the game would include Satsuki, her waving cat and additional bonus spins.

Along with the Revamp and the new game announcement, Realistic Games has signed new content deals this month. Just a few days ago, the firm announced a deal with Buzz Bingo, a UK Operator. Classics from this developer including the Super Graphics Upside Down, will be availed through Buzz Bingo to gamers using the platform.

Overview of the Super Graphics Upside Down

The Super Graphics Upside Down is a madcap Japanese-style fruit machine powered by Realistic Games. It features 5 reels, three rows and 20 pay-lines with a bonus feature that awards up to 30 free spins. You can play from between 20 coins to 200 coins per spin.

The game features a strong manga theme—flanked by Japanese letter characters and a bright purple backdrop. The reels include berries, lemons, melons and plums. Of more importance are the characters representing the A, K, Q, and, J.

The waving cat is the most lucrative symbol in the game and awards 80 coins if you land five of them on a pay-line. When it comes to the standard symbols, the lucky 7 is the most rewarding symbol. When you land on 5 of these, you earn 200 coins. There is also a wild that replaces all other symbols with an exception of the scatter.

The scatter is represented by the Super Graphics logo. If you land three, four or five of the scatters on any place on the screen on the same spin, you win a prize of 2, 40, or 250 times your total bet. By triggering the Free Spins Bonus feature you get yourself 15 free spins.

During the Free spins Bonus; the reels are turned upside down for the duration of the feature.  This means that they can create new and probably more lucrative winning combos than in the base game. Landing 3-scatters will also reward you with 15 free spins.