Adding a bit of mysterious crime-themed pokies to your gaming preferences can only make it more exciting, especially when you consider the level of graphics and game quality the top developers in the world include with these games. Once you tried just a few, you’re sure to be hooked and might just find yourself turning to a gaming life of crime for the best winnings. Here are out top 10 crime-themed pokies: 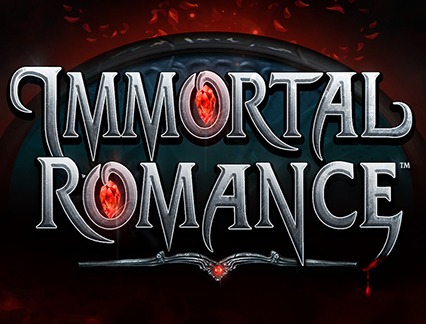 Hitman is a pokie from the Microgaming collection that offers a brilliant crime-filled gaming experience, based on the Hitman films. The pokie might not be the latest release from the well-known developer, but it still packs a punch when it comes to exciting bonus features and winning opportunities. Not only can you activate a contract bonus and feel the thrill of being a Hitman, but with expanding wilds and free spins with multipliers, you also sure to find out what it feels like to be a winner.

Yet another well-known and popular game from Microgaming is called Break Da Bank, which features a classic style gaming layout with 9 paylines and 5 reels, which might seem like it might have limited features for most players, but that is where Microgaming really adds value to your experience. Firstly, more winning combinations activate with wild symbols and scatter symbols can appear part of your screen to reward up to 25 free spins that are accommodated by a multiplier of up to 5x! For those of you who like to add a touch of additional risk, you can use a gamble feature after each winning round.

The Dark Knight from Microgaming it presents one of the most well-known comic book themes of all online pokies. It features Batman along with the Joker as intended. Not only are you introduced to a dark theme, but the developer has used actual images from the movie to bring Gotham City directly to your screen for an explosive gaming experience. Even more importantly, players have the advantage of activating multiple bonus features, including free spins and randomly activated awards. Above the reels, you will find the Dark Knight forms part of the Mega Moolah jackpot pool, which is one of the biggest in the world.

Another game with excellent graphics has to be the NetEnt created Invisible Man. As with many other releases from this developer, the graphics are simply mind-blowing as you find your way into a dark and the to meet the Invisible Man who also acts as a shifting wild along with the police chasing him. This is a crime-themed slot that introduces a heart racing game experience as winning combinations are completed from both sides represented by the cops and the Invisible Man. Fill the balls at the top to activate either the police or Invisible Man free spins, which is followed by an additional bonus game for even more winnings.

Based on a well-known thriller from the 80s, Black Widow still manages to bring a certain level of thrill to the online casino industry. Not only does it offer a well-designed theme, but developer IGT as ensured the original characters appear on the reels as the mystery unfolds on your screen and provides brilliant winnings. To ensure lucrative crime-filled rewards, you’ll find wilds, multipliers and free spins with rounds that introduce the lucky wild and scatter symbols.

The Slot Father is possibly one of the most popular Betsoft pokies as it introduces a gangster-style theme with the boss sitting next to the reels to ensure the game pays out exactly the way it’s supposed to. The game offers an exciting layout with all your betting options at the bottom and brilliance combinations forming on 243 ways to win. On top of the thrilling theme, it can also expect additional combinations from wild symbols and multipliers of up to 20x during free spins.

Bust the Bank also forms part of the Microgaming library but offers a much lighter theme than most of the other pokies on this list. The developer has selected a rather humorous bank robber theme that incorporates cartoon graphics and various animations as winnings form from left to right on 243 ways to win.

NetEnt is responsible for the creation of Jack Hammer and has once again managed to present an exciting comic book theme with unique winnings and bonus features to keep you entertained. Each symbol represents its own reel, allowing the same symbol to appear everywhere. The best feature is that winning combinations stick and the rest of the reels re-spin until no additions occur, usually resulting in massive wins.

Crime Pays is a WMS pokie that introduces that dark back ally crime as we find in the big cities. The game features multiple bad guys along with items that they had stolen, guns and even a few drinks. The goal with this game is to get as many combinations as possible and hardly even capture the most wanted guy for a huge reward, which goes fairly well with wilds and free spins that offer up to 30x in multipliers!

After Night Falls was created by Betsoft, instantly telling us that the graphics and animations are sure to be amazing. The game pokie an excellent re-spin feature and even presents free spins with up to 10x in multipliers! On top of it all, you’ll find winnings activate regularly since there are 30 paylines.