The Evolution Of Slot Machines Since The Introduction Of Online Slots 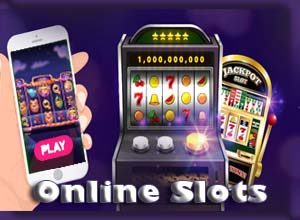 Doubtlessly, slot machines are by far the most popular casino games ever discovered. You can now find thousands of slots to choose from, whether online or land-based. But how did they come to evolve since they were born? In this post, you will discover how these slot machines came to existence and how they evolved and transmuted over the years.

In The Early Years

Just to mention, the first slot originated back in the late 19th Century. And this slot machine was developed by a company based in New York called Sittman and Pitt, in 1891. This game included five drums accompanied by 50 playing cards.

Interestingly, the machine was available in many bars, and it could only be played with a nickel. It was simple to play since players inserted their money and then pulled the lever.  You would only receive payouts when you line up poker hands on the reels. To increase the house edge, something happened: two cards were removed from the slot machine- the jack of hearts and the ten of spades. The machine did not include direct payments. Hence winnings would only be paid at the bar. Surprisingly, you would only get free drinks and cigars as a prize.

The first slot machine was named after Charles Augustus Fey. Nobody knows the exact date when it was discovered, but it’s believed to be between 1887-1895. It was such a significant improvement because Charles created a machine that enabled automatic payouts. With this discovery, he reduced the complex process of reading the machine’s win.

To achieve the automatic payouts, he replaced the existing five drums with three reels. Instead of the playing cards, he again replaced them with five symbols- diamonds, horseshoes, hearts, spades, and a liberty bell. The highest payout the machine could make was three bell symbols, and that resulted in the name of the machine-Liberty Bell. Indeed, the machine became hugely popular. And since Charles did not patent his design, another machine manufacturers copied it.

Slot machines became so popular that they were officially banned. However, despite the banning, Liberty Bell never stopped to be manufactured. The fruit machine era commenced since cash prizes were never allowed to be distributed. The machines that followed used fruit symbols and amazingly, prizes were paid in the form of sweets and chewing gums of the corresponding flavour of your winnings.

In 1907, a slot machine called Operator Bell was developed by Herbert Mills, a Chicago based manufacturer. By 1908, the slot machine was spread in shops, salons, tobacconists, and bowling alleys. So, the BAR symbols that are so popular today were developed at this time.

In the later years

Many years passed and slot machines were purely mechanical. You could only play the game by pulling a lever, which set the reels in motion. Pulling this lever stretched a spring inside the slot machine, which stopped the reels from moving. This fashion made players feel like they can control the game and also the outcome.

More interestingly, Bally released the first fully electromechanical slot in 1964 named Money Honey. Its reels were operated electrically but to start the game, you had to pull a lever. The players in those days struggled to play the game since they were used to playing though pulling a lever. This machine featured a bottomless hopper and could pay up to 500 coins automatically. The games were widely popular and spread all over the world.

One thing that made this machine unique was a video slot. It was developed in 1978 in Kearney Mesa by  Fortune Coin, a company based in Las Vegas. The game was displayed on a 19” Sony screen and was first availed in Las Vegas Hilton Hotel. The game was so popular until IGT acquired it.

We are talking of the ‘dot-com bubble’- a period where there was a great growth in usage as well as the adaptation of the Internet. On that era, what people could only dream of, became a reality. Gambling and casinos were now brought online with many blackjack and roulette games spreading quickly.

Within a short time, slot games hit the online market. These games gained a lot of popularity more than the traditional games that casinos could offer. The traditional slots were almost the same as the online slot games. Nonetheless, the technology advanced more rapidly, and online slots so did.

Soon, computer programming developed new mouthwatering games that featured awesome themes or unusual layout and structures. Today, if you can count on the number of online slots found on the web, it can take you months if not years. And these games feature a wide variety of stunning themes, excellent symbols, terrific prizes, and special gaming features. And not to stop there, providers are ever looking for ways to improve the games they develop to create more unique and innovative games that their gamers will enjoy.