Rating:
User Rating:
Game Information: Embark on a journey to the desert sands of primeval Egypt by playing Scarab Queen.  This is a Playtech title featuring 5-reels, 50 paylines. The game blends high spec design with numerous top features. The game also offers you with free spins coupled with moving reels and a streak re-spins feature where players can win 3 jackpots with the highest being worth 2,000x the bet. It has a progressive jackpot where players can win one of the four jackpot prizes. The game is playable on PC and mobile devices for a bet of between 25p and $500 per spin. Find out more about the April 2019 release by reading our review.
Scarab Queen Pokie Review online slot 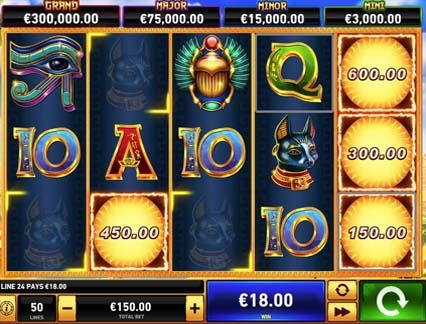 Get up to $400 Bonus
Play now for real money

Scarab Queen has a stunning design being set against the Egyptian pyramids. The background is complemented by palm trees, the Nile River and the desert, making you feel as though you’re in Egypt while playing this NZ online pokie.

This is a well-designed game and anyone that is new to it will easily find their way around.  The smallest amount to wager is $ 0.25 per spin, which is a fair amount for a game with four jackpots. If you raise the bet to $50, the Grand Jackpot amount will double. The highest amount that one can play for the Total bet is $500. If you are willing to risk such a high amount, you can anticipate a grand prize of $1,000,000.  There are numerous amounts in-between the low and the high wagers. You can take time to find a sum that you are comfortable with before placing a bet.

The game’s low paying symbols are represented by the standard A to 10 Royals and symbols.  The higher paying symbols consist of the ankh cross, the eye of Ra, the cast god basket, and a scarab beetle, which is the most paying.

To summarize the layout of the game:

The Scarab Queen is the game’s wild symbol and replaces all other symbols except the scatter and sun. The wild appears on reels 2 to 5.

The Pyramid is the scatter and appears on all five reels.  The scatters trigger the free spins feature.

The stacked suns lead to a progressive game. If you land six or more of these anywhere on the reels, you trigger a re-spins game. The rewards have amounts overlaid ranging from 1 to 5, 10, 15 or 50x the wager.   The triggering sun stay locked in position and the screen will only contain the suns or blanks.  The feature offers you with 3 re-spins which reset to 3 every time a new sun symbol is added. When the game comes to an end, you will be paid the total amount showing on all suns.  If you succeeded filling all the 15 positions, you get the grand jackpot. If you don’t, but rather land on a Star, it reveals either the Major, Minor or Mini jackpot. The prizes for each of these is 500x, 100x or 20x your bet respectively.

The Free Games Feature is played when three pyramid scatters appear simultaneously on the reels. Three, four or five scatters will give you 1, 10 or 50x your bet and 8 free spins.  The feature can be retriggered awarding you with 8 more free spins.  A wandering reel made up of sun or wilds will then land on every free spin.

Playtech Casino Software has blown us away with yet another online pokie. Scarab Queen has excellent visuals backed by nicely crafted soundtrack that matches the theme well. Egyptian music constantly plays in the background, dotted with some pretty retro and basic sounds each time wins drop in or features are triggered.

The game’s jackpot is won through the sun symbol that has a start in it.  When you land15 of these symbols results in a Major Jackpot as per the size of the winning bet. Any of the other three jackpots can be awarded during the Fire Blaze Respin feature that is triggered by the appearance of 6-15 sun symbols. The sun symbol comes in two variants- a plain sun or a sun with a star.  The symbol is part of play conditions and probabilities best explained in the Scarab Queen pay-table. However, the result could, however, winning some huge amount of cash on one of the jackpot prizes.

Scarab Queen is not a very good game when it comes to the main game or the Free Spins feature. The two have low payouts and you cannot rely on them so much.  The main attraction in this game is the Fire Blaze Respin Feature where you can win up to 2,000 x your stake. This is an interesting game that anyone can play regardless of their gaming experience.

Want to play Scarab Queen but don’t want to deposit money? No problem, you can enjoy this pokie with absolutely no charge by playing it in online pokies free mode. 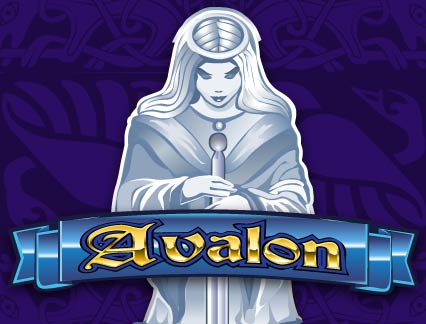 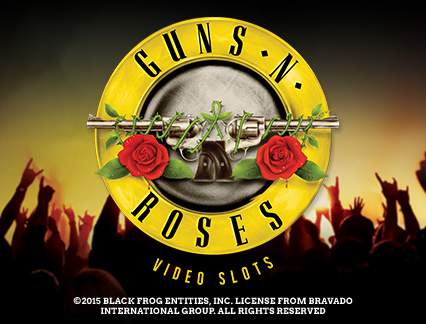