A Brief History of the Slot Machine 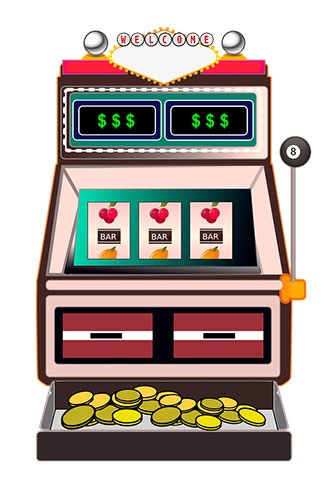 The Slot Machine has had a long and surprising history. From it’s origins as bar top novelties to the first slot machines, as we know them today, they have made paupers and millionaires. Charles August Fey, a Bavarian-American mechanic in San Francisco built the first pokie machine that paid out coins in 1894. Up until that point, slot machines were simple games, like two racing horses, which paid out beers and cigars from the bartender. Sittman and Pitt from New York had developed a slightly more complicated version of these games which entailed five playing cards on the reels that would line up to form poker hands. Ah, welcome to the world you cute little thing. Hello to the first poker machine that New Zealanders and Australians now lovingly call pokies. Though this wasn’t quite a slot machine, that is to say it still didn’t pay out any money and you still had to go to the barman to get your prize. It also wasn’t very good since the technology didn’t exist yet to be able to display all the possible hands in a 5 hand poker game.

Then along came Fey who kicked around some parts in his basement to make the now familiar one-armed bandit which, in his case, had horseshoes, card suit symbols and the Liberty Bell on the reels where three bells would line up and give the highest payout. The genius was making the machine only three reels and having only 5 symbols so that it could easily payout, and of course, to dispense coins. This is what we now refer to as the three-reel classic slot game. To say it was a success would be a monumental understatement. These machines could soon be found in saloons all over San Francisco and it wasn’t too long before the competition began sprouting up all across the country and around the world. Why, well because gambling was illegal and thus he couldn’t patent the machine.

Along with the soon to be an explosion in slot machines came increased focus from God-fearing folk. As mentioned, gambling was illegal and laws against the play of pokies were everywhere to be found. To get around those laws the game manufacturers started changing the reel symbols to fruits instead of cards and thus the term fruit machines, now commonly used in Britain, was born. To further skirt the law, the gaming companies came up with the brilliant idea of calling their slot machines chewing-gum dispensers. In fact, a few of them actually dispensed gum and began to display chewing gum packs as symbols to reinforce this idea. Those chewing gum packs were stylized in a fashion you may be familiar with today, the bar symbols.

After several decades of suppression, due to things like Prohibition, the Great Depression, World Wars and the like, the slot machine got some new-found friends, federal governments. The prospect of tax revenue was too great for rebuilding nations and the slot machine was set to flourish once again. This was coupled with some fancy new technology, like electro-mechanical gadgets, which allowed for more advanced payout options and setups. By 1975, someone in Vegas finally had the idea to mount a TV screen on pokies and the video slot was born. Just over a decade later they started linking slot machines electronically and thus began the age of the progressive jackpot. This primitive form of slot internet has now been usurped by the real internet and all the big casinos evolving online have begun to dominate the slot machine universe. As we can only imagine the online pokies industry has taken the slot machine to a whole other level. What was once some gears slapped together by an auto mechanic has now transformed into a whole lot of ones and zeros dancing around on silicon chips and blasting around the world on fibre optic cables and over the air to your portable supercomputer, that which we now call a mobile.

The cool thing about the history of slot machines is that we haven’t really lost their history. Video poker is around and strong and there is still a great selection of 3-reel classic slots with fruit symbols, bells, and chewing gum packs stacked in bars. Pretty much all pokies can trace their lineage back to the originals, with perhaps the exception of these new-fangled 3D-slots that twist and turn and crush and burn. We have to say that we do like the flashy games but, every once in a while, it is sweet as to take a few spins of the classics. They will always have a place in our hearts, and cherries.