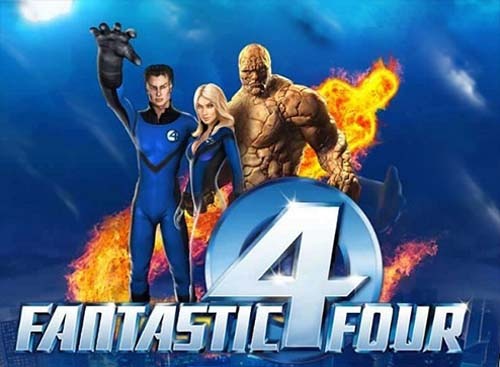 Top TV shows have motivated game developers to create some exceptional online slots. Whether they are old classics or modern day masterworks, the TV series that entertained the world are now firm favourites with slot players online. Below is a list of top online pokies based on Cinema and TV.

The famous Marvel character Wolverine has for quite some time been depicted in a number of TV shows, Movies and Novels. The character became more popular during the Marvel X-Men series in which the Wolverine was the lead character all through and also provided prequels and sequels solely dedicate to further explaining the history of the ageless wonder.  Now the famed character is branded in almost all industries including the online pokies world.

The wolverine pokie narrows down the scope of the game from all the novels, movies, and TV shows the character featured into the less popular wolverine animated TV show aired in 2011.  Rather than restricting Wolverine’s contact to Marvel pokies like the X-men game, Playtech created a pokie specific for the Wolverine show.  The game features several bonuses and free spins that you can enjoy along with the imagery.

Battlestar Galactica is a progressive jackpot based on a show that can be traced to two distinct periods, the original airing in 1978-79 and the revamp which aired from 2004-2009.  The popularity of the two TV series has inspired the development of the Battlestar Galactica pokie game which is not only found in all online casinos in the world but also is considered as one of the top-notch pokies since its launch.  The five reel pokie doesn’t limit your paylines to the standard straight lines, instead, it features 243 ways to win.  Fans of the two TV series will surely enjoy the familiar sounds and sights of this show while playing this pokie but even those unfamiliar with the show will enjoy the stellar graphics.

This is a Playtech title that looks to recreate the tantalizing atmosphere of the real life Deal or No Deal TV show. The show is centred on the premise of contenders selecting numbered boxes with corresponding prize values. The Deal or No Deal pokie pits you against the banker as you play for big prize money. With the atmosphere of the TV studio recreated the dramatic game show soundtrack and a recognizable user interface, it will not be long before you get a call. The Jackpot Bonus in the game is triggered by 3 or more telephone scatters.

4. Who Wants To Be A Millionaire

Who Wants to Be a Millionaire? The show is one of the most popular TV concepts in recent history. It has been an inspirational subject for movies, computer games as well as pokies. The game was developed by Ash Games back in 2014.  It is 5 reels, 50 paylines pokie that features wilds, scatters, free spins and a progressive jackpot. It is playable across all devices and platforms. Ash Games has managed to retain the original concept of the neon-blue feel and the chilling soundtrack that helps build the anticipation.

This title by NetEnt is based on the American Crime series Narcos. The drug-themed drama successfully grows its world into the online pokie format where the outdated margins between videogames and pokies are becoming increasingly blurred. It is a 5-reels and 243 ways to win pokie that features the locked up feature, walking wilds, and free spins.

If you still have a pulse at this time, you must be familiar with the most popular TV show, Game of Thrones. The TV show is based on the best-selling novels by George R.R Martin Song of Ice and Fire series. Microgaming has been pushing elite pokie games for years and their Game of Thrones is no exception. The game features 15 paylines and 243 ways to win, which makes it as popular as the TV show.

If you were born in the ‘90s, and loved to spend your Saturday mornings enjoying cartoons, the Fantastic Four will be good for you. The Fantastic Four animated TV series, original aired back in 1994. As is the case with most Marvel TV series, several movies have sprung up from this show including Two different Hollywood hits both looking to establish themselves as the brand’s premier film as they both have the Fantastic Four name despite having different characters and storylines. The TV series has sparked the interest in online pokie world as Playtech has created a pokie based on the 1990’s hit, the Fantastic Four Game. This is a 5-reel, 20 payline pokies that features a number of bonuses.